While the change may not have been apparent to the viewers at home, the College GameDay Built by The Home Depot producer chair changed hands after 12 years, as longtime ESPN producer Jim Gaiero took over the reins during Week 2.

Gaiero started his GameDay tenure from a very familiar spot – the Bristol Motor Speedway, which was foreign to many college football fans, but not to him, a former NASCAR producer.

“I had worked on College GameDay many, many years ago, and once you’re part of that family, you’re always part of it,” Gaiero said. “Coming back to the family had always been a goal of mine, and with Lee [Fitting] changing his role, I threw my hat into the ring knowing the transition back on the team would be seamless since I was once a member of this special family. I was welcomed with open arms and that has made this year such a wonderful experience for me.” At Alabama, CBS commentator Verne Lundquist (L) was a guest picker. Having Lundquist and Corso together was a highlight, Gaiero said. (Allen Kee/ESPN Images) In Kalamazoo, Mich., for the show’s first visit to Western Michigan: “Everything about that show was memorable,”Gaiero said. (Allen Kee/ESPN Images) The crowd for the five-hour show at Ohio State was “epic,” Gaiero said. (Allen Kee/ESPN Images) 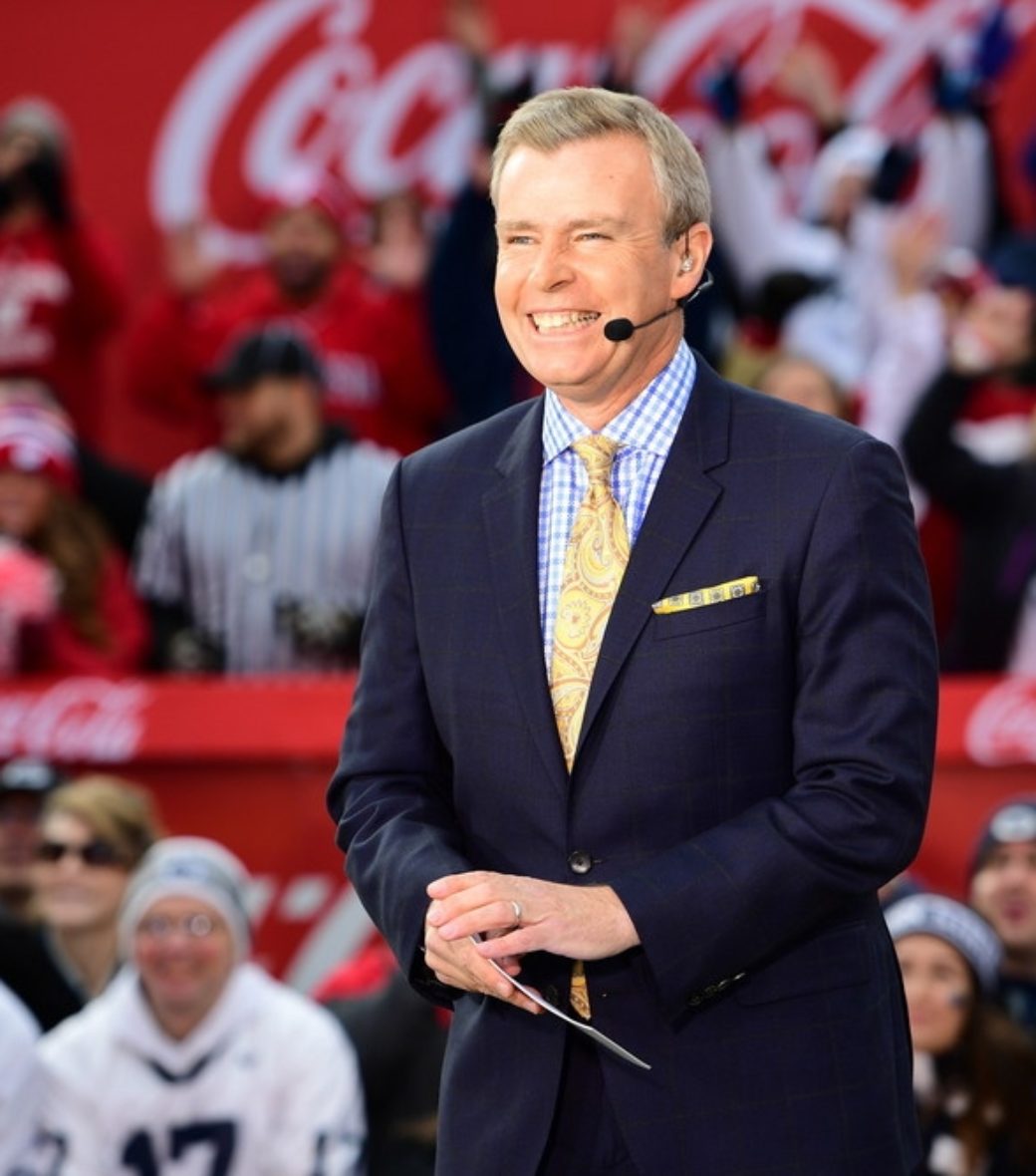 At LSU, Samantha Ponder and David Pollack “got the crowd to do the Mannequin Challenge.” (Allen Kee/ESPN Images) “The crowd [at Clemson] was so in tune to the show,” Gaiero said. (Allen Kee/ESPN Images)

1. Bristol Motor Speedway: “This was special for me because it was my first show at a place where I produced many races over the years. It was a unique environment and a unique show, and rather funny that I was the resident NASCAR expert that week!”

2. Coach Corso’s head gear anniversary feature and reaction from College Station, Texas: “To be involved in such a special moment – celebrating 20 years of headgear picks – for a wonderful person was a highlight of my career.”

3. CBS’ Verne Lundquist appears as guest picker in Tuscaloosa, Ala.: “I had met Verne a few weeks earlier in the Atlanta airport and asked if he would ever consider being our guest picker. He said “Yes!” Fast forward to the day of the picks, I came out to the set afterwards and talked to Verne and took a picture of him and Lee [Corso]. Having two giants in the college football world together for a segment was great.”

4. The fish throw from Seattle: “We planned to toss a fish to Rece during the show, and when he caught it and held it up to the crowd, it was awesome! We didn’t know if he would actually catch it. Then Coach catches one and spikes it on the set, a truly memorable moment.”

5. First-time stop in Kalamazoo at Western Michigan: “The crowd. The snow. The moments. Gene not being able to see because the snow was on his glasses. Everything about that show was memorable.”

6. Coach’s “locker room” speech in Tuscaloosa: “Off a feature on the best locker room speeches, our guys talk about the best speech they ever heard. Corso finishes the segment by standing up and giving his most memorable speech. The look on the other guys’ faces during that speech made it feel like they were in the locker room for that speech and playing for him.”

7. The five-hour show in Columbus, Ohio, for Michigan at Ohio State: “The crowd started out strong but then it became epic. The place was packed, a remarkable scene. It was tremendous work by every single person on our show.”

8. Tom Rinaldi at the Big 10 Championship in Indianapolis: “Two great stories by him but two great stand-ups to follow. The first one, after his “Remember When” feature, he tried to be all serious and Kirk [Herbstreit] walks over and says, “Remember when you used to make us cry?” It was hysterical. Then, the second one, after his “Alabama Defense” feature where he got tackled by Jonathan Allen, then David [Pollack] blindsides him on the demo field.”

10. Clemson: “I had never been to Clemson. The crowd . . . Boy did they show up. It was a beautiful day on a beautiful campus. The crowd there was so in tune to the show. Every feature, the crowd kept quiet and listened and responded with applause. And that shirtless guy showed up again during [Coach] Dabo’s [Swinney] interview and Dabo tossed him something. Fun to be a part of that show.”
– Rachel Siegal In his 21st season making headgear picks, ESPN’s Lee Corso finished the year with a 9-6 mark, bringing his all time record to 192-99.

As usual, there has been a wide variety of guest pickers sitting at the GameDay desk this season including comedians Frank Caliendo (Utah), Joel McHale (Washington) and Keegan-Michael Key (Big Ten Championship), plus musicians Eric Church (Clemson), Lil Wayne (LSU) and the Chainsmokers (College Station).

Here’s how they did: