Denny Wolfe was part of the first ESPN “My Wish” Series in 2006 as a producer. This year, as the series returns Sunday from a two-year absence with four new wishes, he oversees the entire project from a production standpoint.

Since its beginning, the award-winning series, now in its 15th season, has partnered with Make-A-Wish® to fulfill 75 sports-themed wishes for children with critical illnesses.

This year’s wishes feature Patrick Mahomes of the Kansas City Chiefs, Klay Thompson of the Golden State Warriors, Austin Riley of the Atlanta Braves, and the NFL’s New York Giants.

Working with Make-A-Wish®, ESPN produces feature segments on the wishes for airing on SportsCenter, with the first feature of this year’s series debuting in the 8 a.m. ET hour on Sunday. A new feature will debut each morning through Wednesday. All features will re-air multiple times in various editions of SportsCenter and will be available on ESPN.com.

Wolfe, who works on various projects as a senior managing producer in the ESPN Features Unit, was slated to help manage the My Wish Series for the first time in 2020 before production was shut down due to the pandemic.

“For me, it’s definitely a big honor because I was a part of the first year,” he said.

“So for me, it’s interesting to change from being someone who’s contributing to now as someone who’s overseeing the whole project. It’s a lot of fun and, to me, the most rewarding thing I get to do in my job here.” Wolfe gained a real appreciation and respect for the project while attending a fundraising dinner put on by the Connecticut chapter of Make-A-Wish during the first year.

“You’re used to doing the features on amazing people who overcome tremendous obstacles,” he said. “But then I went to the Wishes dinner and saw the other stories and kids, and, to me, all of a sudden, it was a bigger mission.

“I’ve always enjoyed watching these features because the volunteers at Make-A-Wish® and our production teams put so much care into making them great. Being part of it, seeing the wish kids on their wish day and knowing what it means to them and their families, I always look forward to that.”

The My Wish Series is a part of Disney’s commitment to delivering joy and comfort to children facing illness and their families. To learn more about Disney’s efforts, visit impact.disney.com. 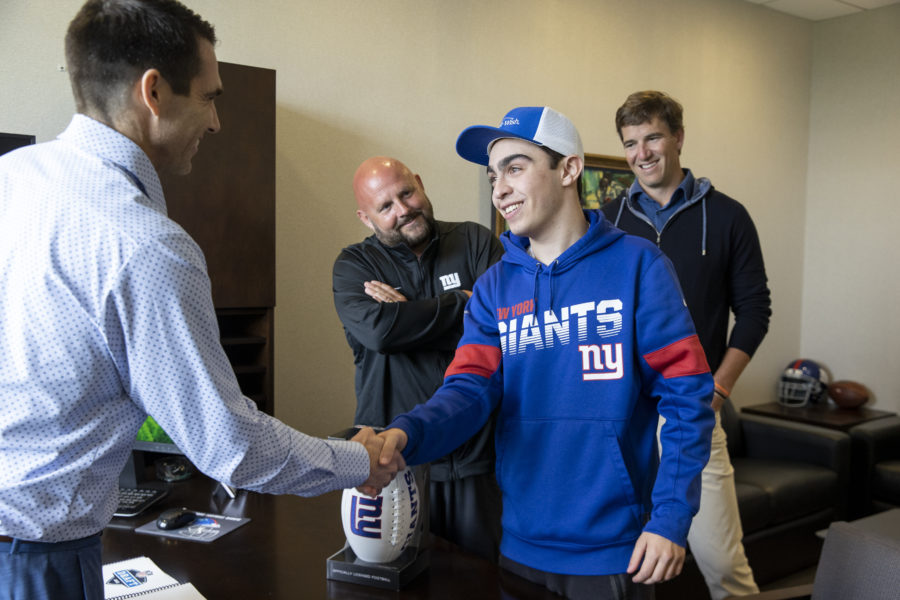