On Sept. 3, Marcus Freeman will make his regular season debut as head football coach for Notre Dame, one of the most high-profile – and most scrutinized – positions in college football. The Fighting Irish will take on Ohio State in Columbus in each team’s season opener.

As Freeman went about his duties preparing for the season, ESPN was granted access to spend time with him at Notre Dame, at home, and with his parents.

The “SC Featured” segment “The Rise of Marcus Freeman” will debut in the 8 a.m. ET edition of SportsCenter on Sunday, Aug. 28, and will re-air in other editions afterward. The piece also will air during the Saturday, Sept. 3 edition of College GameDay Built by The Home Depot. “Coming from a longtime print background, it was an exciting opportunity to tell Marcus Freeman’s life story on video as part of the build-up for the Notre Dame game at Ohio State,” said Thamel, who joined ESPN in January. “Mike O’Connor patiently helped lead me through all the details and nuances – like tracking – of visual storytelling.”

O’Connor, who has produced numerous “SC Featured” stories for the ESPN Features Unit, said they spent a day with Freeman in July and then visited his parents in his hometown of Huber Heights, Ohio. Interviews were shot at Notre Dame.

The crew went back to South Bend for the first two days of the team’s training camp in early August, and the access included riding along with Freeman as he left his home at 5 a.m. and then ran the campus before camp began. Freeman also wore a microphone for the two days.

O’Connor said he was surprised to learn that Taekwondo was part of Freeman’s story.

“His upbringing is very interesting, and a lot of who Marcus is comes from a background that blended two cultures,” O’Connor said, adding that the crew collected photos of his childhood, including many trophies in football and Taekwondo, at his childhood home.

“He learned routine and structure from his parents. His mother introduced him and his brother Michael to Taekwondo as children, where they learned patience and discipline.”

Thamel and O’Connor were appreciative of the opportunity and access.

“We’re grateful that the entire Freeman family was generous with their time and insight in telling a story that we hope captures the magnitude of the moment of Marcus Freeman’s regular season debut,” said Thamel.

“The Rise of Marcus Freeman” is the final “SC Featured” segment of the 2022 season. 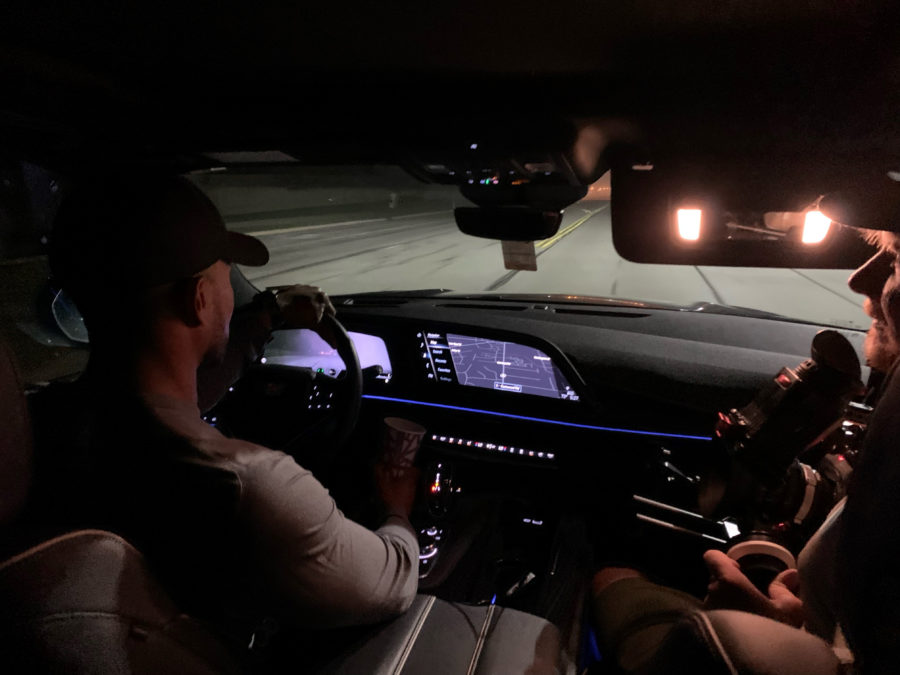 Rece Davis (L) and Freeman on the set of College GameDay during the 2022 NFL Draft. (Louis Grasse/ESPN Images)