Who knew a doll – or more precisely, several dolls – could be the reason for a perfect NFL season?

NFL perfection has only happened once, in 1972 when the Miami Dolphins went 17-0. The 2022 NFL season marks the 50th anniversary of that historic team.

In the planning stages for the season, ESPN’s Features Unit knew the recognition of this legendary team would be a signature moment of the season.

“I circled the 50th anniversary of the perfect Dolphins as something we should blow out,” said ESPN Feature Producer Steve Buckheit. “However, it was important for our team to tell a unique story, to find a new, fresh angle.”

Sure enough, during his research of the 1972 Dolphins, Buckheit stumbled upon a mention of a dive bar located in Hollywood, Fla. – Stratford’s – and the establishment’s quirky collection of ceramic voodoo dolls.

He was intrigued, to say the least.

Following that memorable phone call, Buckheit started reaching out to the team’s former players – Dolphins legends like Larry Csonka, Bob Griese and Manny Fernandez, to name a few – in the hopes they could corroborate Robin’s stories, particularly about the legend of Stratford’s.

“All the players instantly remembered Stratford’s,” said Buckheit. “Manny Fernandez [who appears in the feature] was best friends with Guy – his kids called him ‘Uncle Manny’. So it was quite a familial atmosphere at the bar.”

It was the “family” of Miami Dolphins players, who frequented Stratford’s, who were convinced by Roper to stick a pin in a voodoo doll of Chiefs quarterback, Len Dawson, prior to their first game against the Kansas City Chiefs. The Dolphins won the season opener and a new ritual had begun.

Subsequently, each Thursday of the 1972 season, players on the Dolphins would go to Stratford’s after practice and pin a voodoo doll of the quarterback they would be facing that upcoming week.

Throughout the entire season, all 17 games, without fail, the team did not miss a pin or a win.

“For me, to really confirm the story, I needed to find these dolls,” said Buckheit.

Robin Roper ended up unearthing the weathered dolls this past September in her mother’s attic.

The dolls were authentic and legitimate – they were painted with the same jersey numbers as the quarterbacks the Dolphins faced in 1972 – Terry Bradshaw, Joe Namath, Dawson – and they had the black cleats, which was the quintessential attire of a 1970’s player – with Namath a notable exception.

“I was like, ‘Wow these are the real things!’” Buckheit recalled.

Buckheit was originally tipped-off to the story from an article in the Los Angeles Times from this past February. He later found an article from (Hollywood, Fla.) The Sun-Tattler, published in February 1988, which further confirmed the story.

In honor of celebrating the 50th anniversary of our Perfect Season, take a look at this 🧵 to see what a gameday was like in 1972! 🏈🐬 pic.twitter.com/DB1rqWnMX2

After months of working on this story, the feature will air on the Oct. 23 edition of Sunday NFL Countdown (10 a.m., ESPN), the same day the 1972 Dolphins are honored by the organization.

With the uniqueness of the story and the legendary status of the team, the Features Unit was set on recreating the magic from those Thursdays in 1972. Actors were enlisted, a cinematic approach was taken, and a bar was transported back 50 years to the 70s. The result was storytelling in the most unique of ways.

Looking back at the whole process, Buckheit has a simple conclusion:

“How can you not believe in magic?” 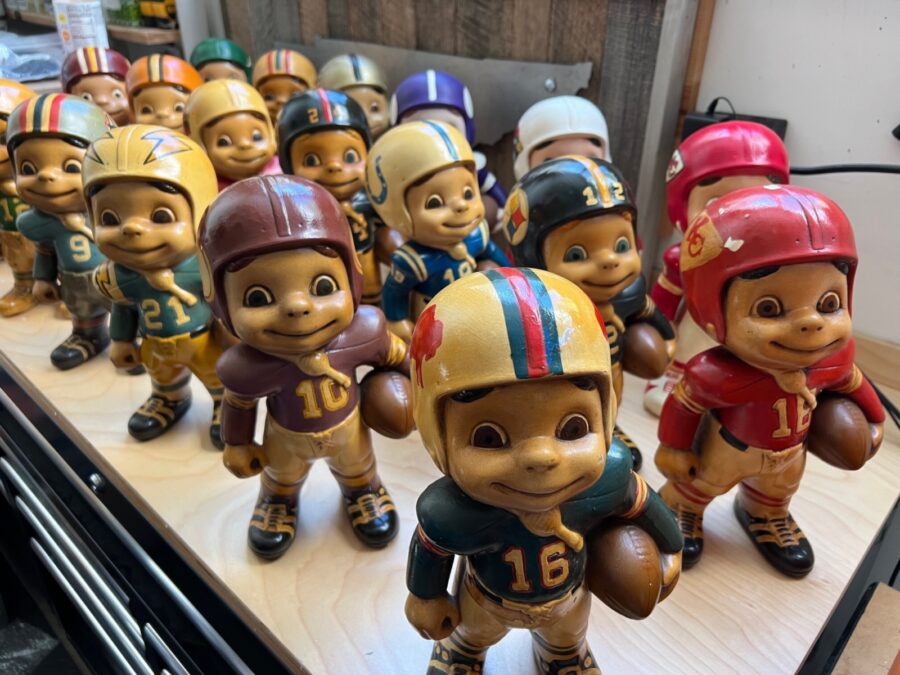