It’s been nearly three-and-a-half years since Klay Thompson’s NBA Finals Game 6 injury and about two years since another significant one in a pickup game at a gym in downtown Los Angeles.

He has made it back from two traumatic injuries and even contributed to the Warriors’ 2022 NBA Championship run, Thompson and his team’s fourth NBA title since 2015.

Thompson has always known how to create the feelings he needs through movement, music, or speaking something into existence. The injuries changed the way he did that, but not his spirit.

In this month’s ESPN Cover Story, senior writer Ramona Shelburne talks with Thompson about his journey back from injuries to the NBA Finals.

How did this story come together?
Stacey Pressman (director, talent production) and I had been trying to coordinate this for over a year, but Klay was so focused on coming back last year – and I was very pregnant with my second child (born in June!) – that the timing never lined up until now. It gave Klay time to process everything that he’d been through, and I think that really shows up in the piece.

He opened up about his journey back in the latest Cover Story by @ramonashelburne ✍️ https://t.co/xh2NhnASSc pic.twitter.com/HqraHZJFbd

This was also my comeback story after being away on maternity leave for two months, and my editor Cristina Daglas’ walk-off story before she left on maternity leave at the beginning of November. It was the perfect story to work on for both of us as we focused on the way our lives and careers change over the years and the things that are important to hold on to as you go through these changes.

Special thanks to executive editor Scott Burton, deputy editor Alisha Miller, senior editor Justin Bey, and Eric Neel (director, development content & entertainment) for helping Cristina and me to collaborate on this one.

Is there a favorite moment, story or conversation with Klay that didn’t make the final piece?
Klay grew up idolizing Kobe Bryant and told me the one person he wished he could’ve talked to after his Achilles injury was Kobe. It was a powerful scene that producer Julian Gooden and I kept trying to put into the piece. We still might find a way to use that footage.

What do you hope the audience takes away from this story?
The word gratitude kept coming up for me in writing and reporting this piece. I had back surgery in February 2021 and know what it’s like not to be able to do the simple things you used to take for granted. For me, it was playing with my then-2-year-old son. For Klay, it was playing basketball and just being mobile. When you go through something like that, it changes you and makes you grateful for things in a way you never realized before. Klay Thompson during the 2022 ESPYS presented by Capital One. (Kelly Backus/ESPN Images) Klay Thompson (11) of the Golden State Warriors slices through the Boston Celtics defense during the 2022 NBA Finals. (Allen Kee/ESPN Images) 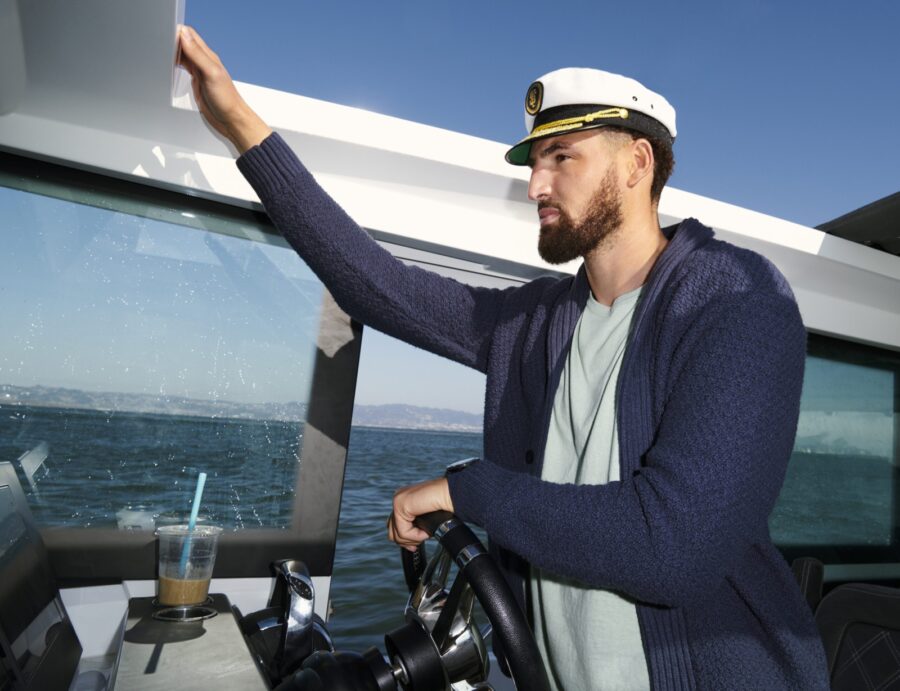