Director Robert Abbott conducts one of the last interviews with Frank DeFord in his NYC apartment. (Photo courtesy of Robert Abbott) Here’s a collection of Robert Abbott’s CNN/SI notebooks from his days of investigating the Bob Knight story, which he revisits for this film. (Photo courtesy of Robert Abbott) It’s Moran’s deep familiarity with the life and times of that “General,” Robert Montgomery Knight, that lands him in ESPN’s latest 30 for 30, “The Last Days of Knight” (available now on ESPN+). Moran was one of 30 subjects interviewed for director Robert Abbott’s two-year film-making odyssey.

“I was interviewed in a conference room at the Robert H. McKinney School of Law at Indiana University-Purdue University in Indianapolis,” Moran said. “It was a challenge to find a quiet place on campus that could present a suitable background. The dean of the law school, Andy Klein, volunteered to help by making the space available.

“The entire session took about an hour,” he said. “The most memorable part of the experience was the emotion created by [former Indiana player] Neil Reed’s passing and the impact the choking episode had on his life.”

Moran, now director of the Sports Capital Journalism Program at IUPUI, knew of Abbott’s work in the late 1990s and early 2000s “because the tape [of Knight putting his hands on Reed during a practice] produced evidence that confirmed years of speculation and rumor.

Topic you wish 30 for 30 would tackle?
The Jerry Sandusky scandal

“As powerful as passages in John Feinstein’s book [A Season on the Brink] were, and the audiotape of Knight screaming at his players, the image of him grabbing Reed took the scrutiny to an entirely different level,” Moran said.

That scrutiny ultimately led to Knight’s removal as Indiana coach. Asked to speculate on what effect today’s ubiquitous social media would have had on Knight, Moran said, “I don’t think the outcome would have been different. I do think that the response of critics of the firing – particularly those that had no connection to the university – would have been amplified.

“As tense as the atmosphere was, the immediacy of social media outlets would have created even more tension,” he said.

That’s likely true, but as “The Last Days of Knight” vividly depicts, tension was never in short order around Knight. 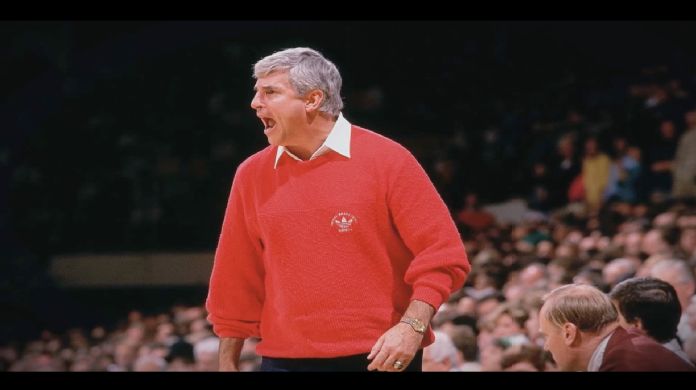