Last month, video of a competitor in the Boston Marathon crawling across the finish line went viral.

Retired Marine Micah Herndon was running the marathon in memory of three people who were killed as the result of an IED (improvised explosive device) attack on a convoy in Afghanistan in 2010. Herndon was the lead machine gunner for the convoy and since the attack has been living with PTSD [Post Traumatic Stress Syndrome] and survivor’s guilt.

After cramps prevented him from running any more, Herndon crawled the last 100 yards of the race, determined to finish, and in the process becoming the viral video subject.

This weekend’s SportsCenter “SC Featured” segment will not only tell Herndon’s story but also will take viewers on a journey to learn more about the three who were killed: Marines Mark Juarez and Matthew Ballard and British journalist Rupert Hamer.

“We became interested in these three guys,” said Michael O’Connor, producer of the piece for ESPN Features. “He [Herndon] mentioned them in a lot of the media that he did but we wanted to take a deeper dive into their stories.”

O’Connor and reporter Gene Wojciechowski talked with the parents of the two Marines and went to London to interview Phil Coburn, a British photographer who was in the vehicle with Hamer but survived the attack.

“He lived but lost both of his legs,” said O’Connor. “He was able to speak about his lost friend. Hamer’s story was somewhat surprising to us – we didn’t know much about him going in.”

O’Connor said that the feature is produced as three short stories with the three people to lead back to why the Boston Marathon moment happened.

“Micah’s dealing with a lot and he runs to help deal with survivor’s guilt and PTSD and in honor of those three men,” he said. “That’s why he had to finish.

“He hopes that someone who sees his story that may be suffering from PTSD, whether it’s military or something else, or survivor’s guilt, is helped in some way.

“It’s an honor to have the opportunity to share someone from our military’s story that’s this emotional and powerful,” he said. “We get a chance like this and with Ballard, Hamer and Juarez being included, there’s a bit of pressure – you want to do it right for them and deliver a story that they’re proud of and wanted to tell.”

“Roll Call” will debut in the 8 a.m. ET edition of SportsCenter on Saturday and will re-air in other editions throughout the weekend. 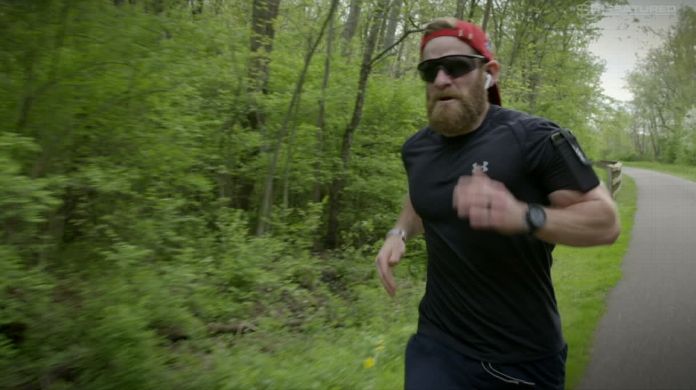 What a story and what a special young woman!! My takeaways – sports matter and give some purpose, relationships with teammates and players are the best part of sports, and woman are so much tougher than us💪. #respect https://t.co/1OoEvCXUtr

🇺🇸 If you only read one feature story surrounding Memorial Day weekend… here it is.
Another ⁦@MarkKriegel masterpiece. https://t.co/Tx8hlzGC4s

The win itself? Remarkable.

The story behind the win? Extraordinary. pic.twitter.com/KE6Jez4MXc