Ahead of the Arizona Cardinals-Dallas Cowboys Monday Night Football game tonight, ESPN reporter Lisa Salters and her cousin, Pro Football Hall of Famer Tony Dorsett, spoke with Front Row about family ties and MNF history in the video above.

For context, among former Cowboys great Dorsett’s many achievements on his way to Canton enshrinement was recording the longest touchdown run from the line of scrimmage in NFL history. His 99-yard burst through the Minnesota Vikings’ defense came during an ABC MNF broadcast on Jan. 3, 1983, to close the 1982 regular season. Tennessee Titans halfback Derrick Henry tied the record during the 2018 season.

Dorsett, the 1976 Heisman Trophy winner, starred at Pitt. Before his cousin began her distinguished journalism career, she was a basketball star at Penn State.

They talk about family ties and more in videos you’ll see here and on ESPNPR Twitter tonight. Tony Dorsett (33) burst through the Minnesota Vikings for a historic run on Monday Night Football in 1983. (ABC Photo Archives) 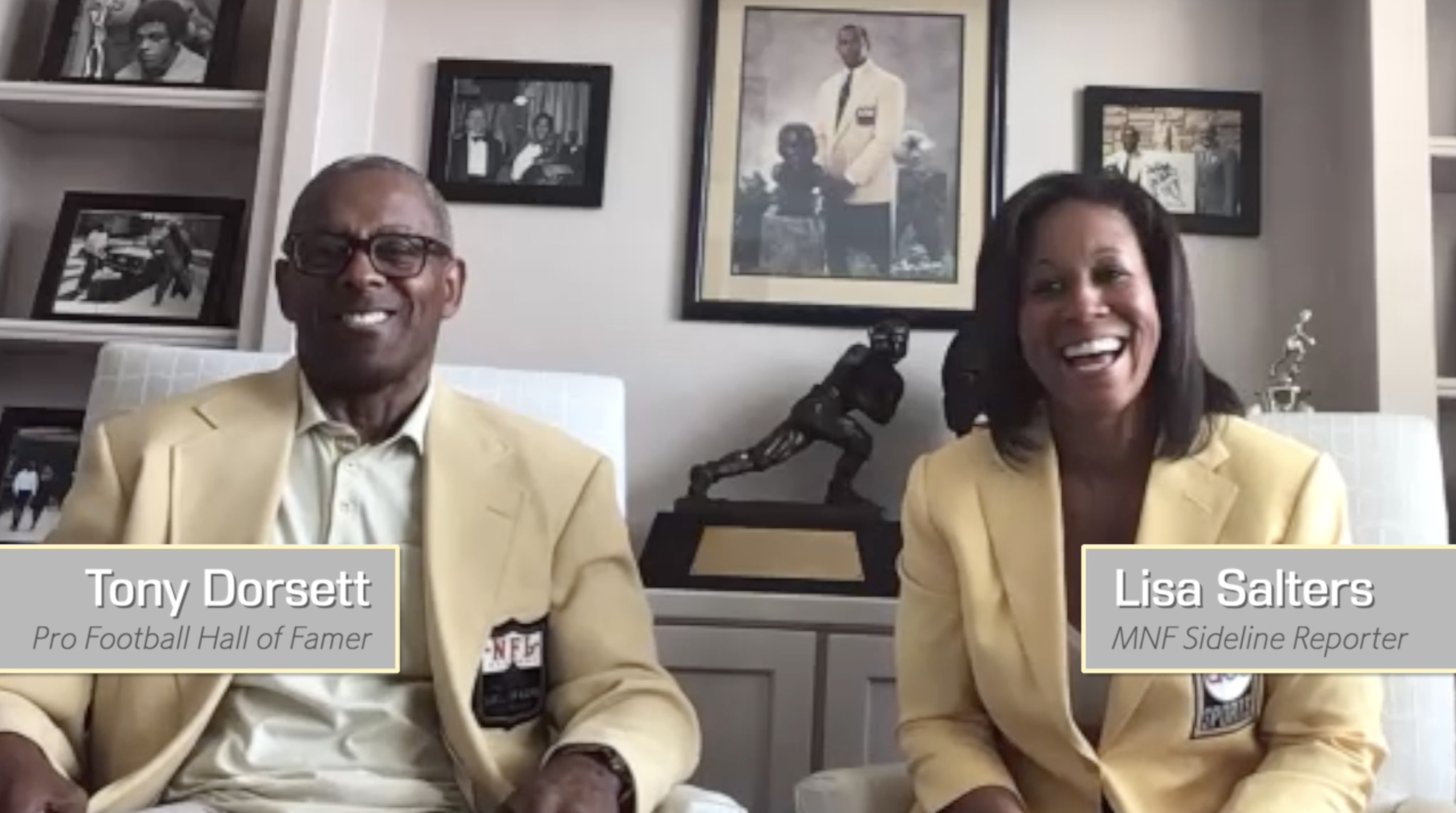