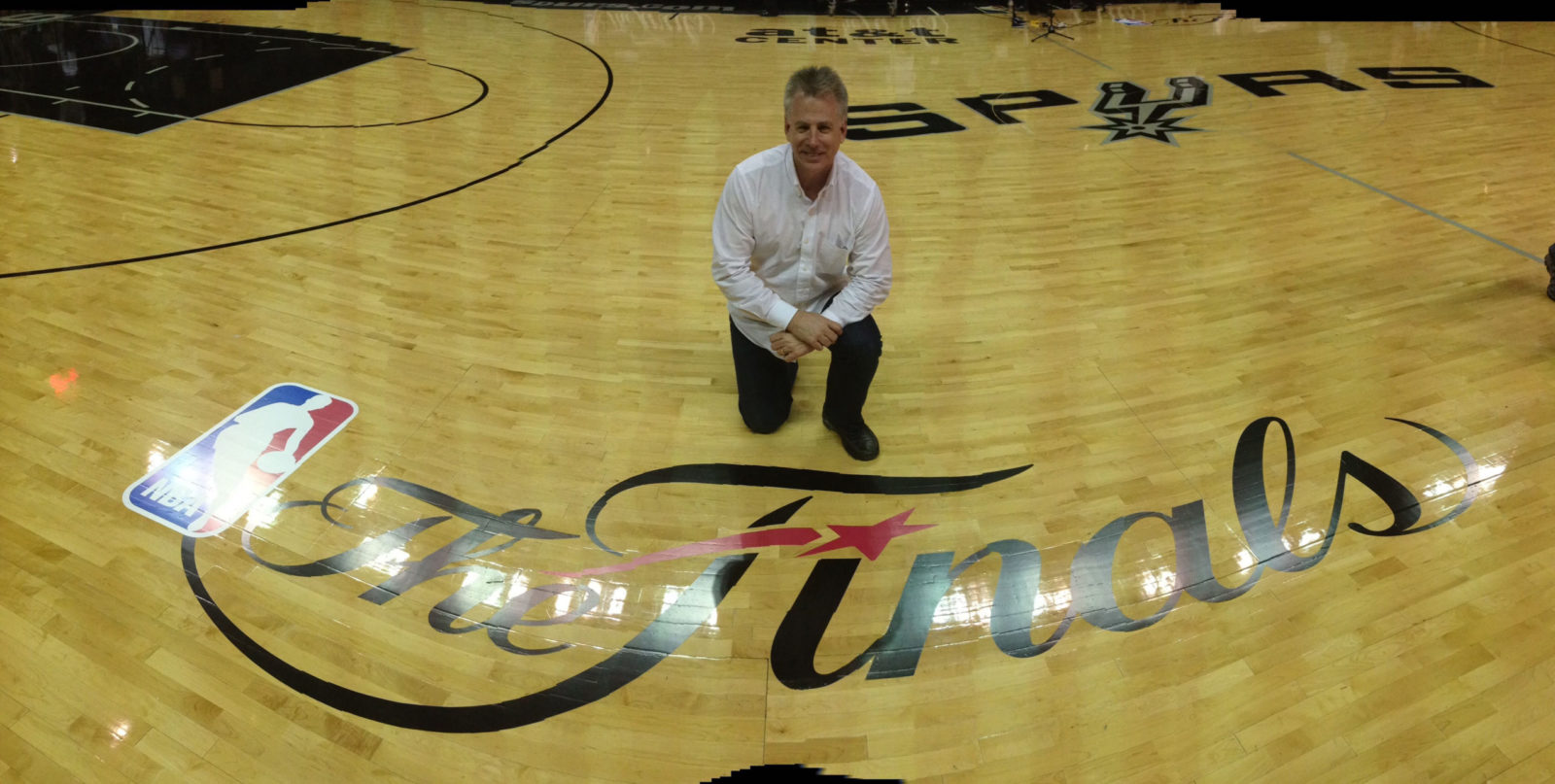 Moore on working in the NBA bubble in 2020: "We are a family and are even more because of that." (Phil Ellsworth/ESPN) When ESPN’s Jimmy Moore signs off from his 15th NBA Finals on ABC, the game he directed will have aired on the same ABC affiliate where he started his career at 16 years old, in Jackson, Miss. Throughout his days of working in television and at ESPN, Moore says, he’s always loved going to work.

This week, he closes out an ESPN career that began in 1982 and spans various historic moments across entities, including the NFL and MLB. He’s been a fixture of ESPN’s NBA coverage since the 2002-2003 season. Before the host Milwaukee Bucks vie to clinch the best-of-seven series against the Phoenix Suns tonight in Game 6 (9 ET, ABC), Moore looks back at directing 15 years of NBA Finals coverage and credits his team and the support of his wife, Beth.

What stands out from your first NBA Finals in 2007?
Looking back, it’s really that it was [then Cleveland Cavaliers star] LeBron James’ first Finals. So we both entered this stage at the same time, which was kind of cool.

At the end of that, I remember [former San Antonio Spurs star Tim] Duncan whispering to him, “Hey, you’re gonna be the big player on this stage, welcome.” I feel like LeBron was there; I’ve documented LeBron for the last 15 years.

How would you describe your years of working the NBA Finals?
The number one thing is the people through the years. And the partnership with the league. It’s the best memory, the best feeling when everyone is pulling together. That’s my number one memory overall—the togetherness, the camaraderie of pulling this off together every year. The support of my family, too . . . I couldn’t do this without the support of my wife, Beth.

Something I’m really proud of over my 15 years of doing this is [working in the NBA bubble]. The bubble was incredible. The camaraderie and cooperation of men and women away from their families; we are a family and are even more because of that.

ESPN was great about understanding what it took to be there. At the end of that run, it was high fives, and “we pulled this off!” If you’re looking at this over 15 years, the bubble was huge; it’s got to be one of the top memories and accomplishments.

Plus, the adrenaline rush of doing the game – to sit there and know everything you see at home is [the result of] me making a decision on the spot, right now. It doesn’t go on unless I make the call. There’s a rush to that.
– Jimmy Moore on directing

Would you say the people are the most fulfilling part of your role?
One hundred percent. That and a job well done. It’s a bit of a cliché; I love the fact that I’m proud of the job we do. I think we do a good job and I like that we do it together. Our people make it work and I am just lucky enough to guide that ship.

Tim Corrigan [ESPN senior coordinating producer] and I have done 14 of these together. He’s great support. We’re a pretty good team and I like the way we complement each other. I’ve been very lucky with that.

Plus, the adrenaline rush of doing the game – to sit there and know everything you see at home is [the result of] me making a decision on the spot, right now. It doesn’t go on unless I make the call. There’s a rush to that.

How did you get into the television industry?
I’ve been doing this since I was 16, at an ABC affiliate. It’s kind of cool that at Game 7, hopefully, when we sign off, that will be signed off on that same ABC affiliate at home where I started, at the station my dad built in Jackson, Miss [WAPT Channel 16].

How do you feel during historic NBA Finals moments?
In the Finals, there have been moments that have been huge. We covered LeBron for eight consecutive Finals. That’s incredible on his part, but we were there for the ride. He had the block on [then-Golden State Warriors star Andre] Iguodala in 2016 [see below].

It’s one of those moments that you look at and [realize] we covered it really well. But, again, the crew is so good; that’s what they do.

In 2008 when Boston won and [Celtics center] Kevin Garnett yelled, “Anything is possible!” That gets you.

The number one goal is to document the event on the court properly. Our fans on ESPN want to see the game. So, are we giving it to them? I want to say yes.