The newest episode of ESPN’s E60 debuts Tuesday, Oct. 4, with a timely and powerful investigation into the crisis in the National Women’s Soccer League (NWSL). “Truth Be Told – The Fight For Women’s Professional Soccer” premiers at 7 p.m. ET on ESPN, streaming afterward on ESPN+.

Reporter Lisa Salters investigates allegations of abuse, sexual coercion and a toxic work environment in the league during the 90-minute program. Salters interviews current and former executives, coaches and players, with many speaking on camera about the league crisis for the first time.

A former collegiate soccer player at Pepperdine University, director/producer Jennifer Karson-Strauss has worked on the project for more than a year. She spoke with Front Row:

Why was it important to you to tell this story?
It was important for me to tell this story because soccer has always been a huge part of my life. During the NWSL’s 2021 season, as negative headlines about fired coaches and abuse took over the league, I knew there was much more to the story that hadn’t been told on television – if ever – I wanted to uncover that and wanted viewers to know, too.

“I looked at this presentation as the exclusive, all-in documentary-style film on women’s professional soccer in the United States.” Director/producer Jennifer Karson-Strauss

Several key figures in the story talk on-camera for the first time – was it difficult to get them to cooperate?
It wasn’t easy, that’s for sure. The way I approached it was to give each person an opportunity to give their unique perspective and tell their side of the story. I think by not pushing people, we were able to help earn the trust needed to get key figures to open up for the first time, making them aware that this story was being told regardless of their involvement, so they might as well be the ones to speak for themselves.

What do you hope viewers will take away from this?
I looked at this presentation as the exclusive, all-in documentary-style film on women’s professional soccer in the United States. Most people know of the U.S. Women’s National Team, but not many know of the professional league they all play in, along with so many other talented women.

This story isn’t just about the NWSL, though. It’s about people. This story unveils the roots and foundation of women’s soccer and looks to explain how we got here. Additionally, I hope that in our investigative reporting and by bringing these testimonials to light, the story will leave viewers feeling better informed and moved by the comprehensive presentation we set out to tell. 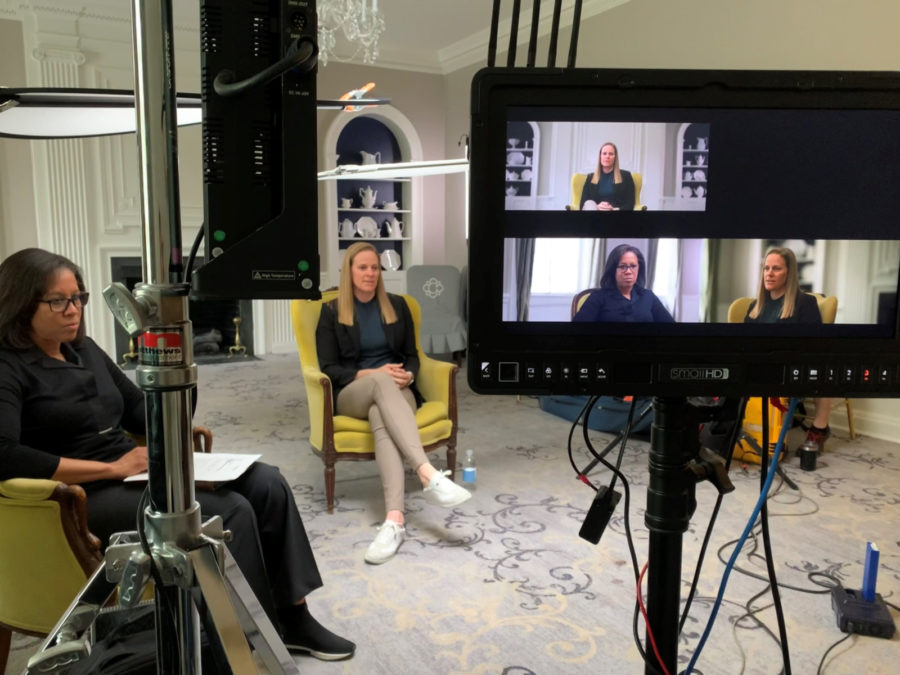