This Sunday E:60 (9 a.m. ET, ESPN) will tell the story of a mother who happens to also be one of the top MMA fighters in the UFC.

Michelle Waterson gave reporter Tisha Thompson and producer Simon Baumgart unlimited access to her life both inside and outside the octagon. A written piece is also available in ESPN The Magazine’s World Fame 100 Issue.

“I think being a mother working in what has traditionally been a man’s world definitely had something to do with it. We connected over that shared experience,” Thompson said. “It’s something that we both embrace and greatly enjoy but also understand can come with its own type of challenges.”

Thompson, a working mother of two (soon to be three), said she did not hesitate to ask questions that others in a different position might have been uncomfortable asking.

“I was very curious about her experience relating to the fear of losing your career because you’re pregnant, breastfeeding on the job, being tired after work, protecting your child from the media glare,” Thompson said. “I’ve been through all of that. But I’m not getting regularly hit – in the chest no less – as part of my job!”

Thompson said she had the added bonus of working with Baumgart.

“Simon brought his own perspective to it – he has three children of his own – which allowed us to examine parenthood from all the angles instead of the cliched ones,” she said. “That’s what I love about this story – it flips so many stereotypes.”

Having a child nearly the same age as Michelle’s daughter also helped when it came time to interview eight-year-old Araya.

“Lots of cameras and strangers can become scary when you’re an adult, never mind a child,” Thompson said. “Araya is one of the most outgoing kids I’ve ever met, but even she became nervous a few times. We spent lots of time letting her get to know us and allowing her to get comfortable with us before we interviewed her.”

Unlike interviewing Araya, Thompson admits she pushed UFC President Dana White quite a bit during her interview with him.

“He [White] made the comment about how no one had asked him these questions before and I have a hunch as to why that might be,” Thompson said. “You see female journalists at most sporting events these days. But I was surprised at how few women were covering UFC 229 as we followed Waterson around her press events that week – even though the headliner, Khabib versus McGregor, was the biggest MMA story of the year.”

Being a fighter is selfish…being a mother is selfless. How @ufc trailblazer @karatehottiemma is balancing both. pic.twitter.com/XALvoxc7FU

“It will be interesting to see how the coverage of the sport matures as the sport itself grows and matures,” Thompson said.

Michelle Waterson will attempt to win her third fight in a row when she faces Karolina Kowalkiewicz on UFC Fight Night next Saturday, March 30, in Philadelphia (ESPN2 and ESPN+).

This has NOTHING to do with the talented athletes on the Scrapyard and USA team, some of them are very close friends of mine. It has everything to do with what is right and what is wrong, and the people in charge here are wrong.https://t.co/jeM2cMP6jK 1. ESPN’s exclusive coverage of the NCAA Division I Women’s Championship presented by Capital One begins Friday, March 22, with first round games on ESPN2. Tournament action continues through the month of March, culminating in the NCAA Women’s Final Four in Tampa, Fla.

3. The Saturday, March 23, “SC Featured” segment (10 a.m. edition of SportsCenter) will be on the evolution and art of the Crossover Dribble, narrated by street basketball legend The Professor. Allen Iverson, Kyrie Irving and Kemba Walker are just some of the NBA greats who are featured. 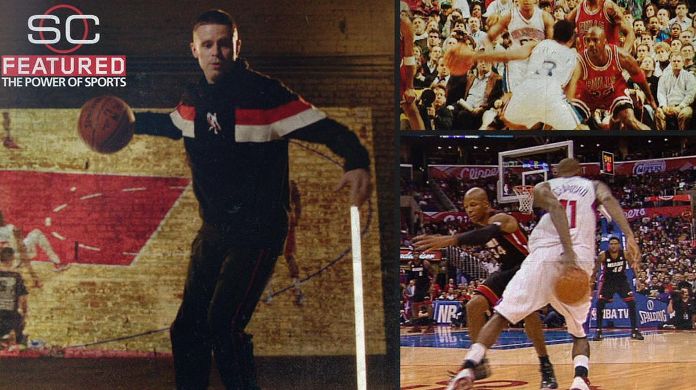