When Charleston, S.C. native and ACC Network (ACCN) host and sideline reporter Kelsey Riggs isn’t in the studio hosting All ACC, Nothing But Net or In Play, or roaming the sidelines at a college football game, she can be found behind the desk covering special events, such as this month’s first and second rounds of the NCAA Division I Women’s Basketball Championship on ESPN. Her busy schedule has also led her to fill in on SportsCenter, college basketball wraps, ESPN’s digital shows and as a co-host on ESPN Radio shows like Chiney & Golic, Jr. and Spain & Fitz. Find out more about Riggs: Soccer was Riggs’s sport of choice from a young age, growing up in Charleston, S.C. But she also knew from early on that she liked informing people. Riggs says she got the “broadcasting bug” in elementary school after reading morning announcements to her classmates from the school library.

“Should I go to a big-name broadcasting school far away,” she wondered, “Or do I go to a closer school to play soccer, and try to fit in the other things I wanted to do?”

She took advantage of several communications internships at local television stations, typically hustling from early morning workouts, to morning and mid-day internships, followed by afternoon classes and then soccer practice at the end of the day.

All that hustle paid off, as after college she spent time as a news reporter and sports anchor at stations in Myrtle Beach and Charlotte, before she landed her current role as a studio host and sideline reporter for ACCN at ESPN’s Bristol headquarters.

“Would have moved to Alaska” When Riggs was offered the position with ACCN, there was no doubt in her mind that she was taking it, as she “would have moved to Alaska” for the opportunity. “I think the first word that comes to mind is surreal,” she said. “Even today, when I drive in and see the big ESPN sign, I try to take a moment to appreciate it, because it’s something that so many of us worked so hard for and that many don’t get to experience.”

“I grew up in the Carolinas covering many of these teams for years, so I know what the ACC means to fans and to the people who get the opportunity to play for those schools and be a part of this conference.”

Being a “super-sentimental person,” she has kept the first note card she ever read on ACCN’s air, which now hangs on her wall. “I always want to appreciate how big that moment was, because having the opportunity to be a part of this network is something that I am going to be forever grateful for.”

Women Who Led the Way 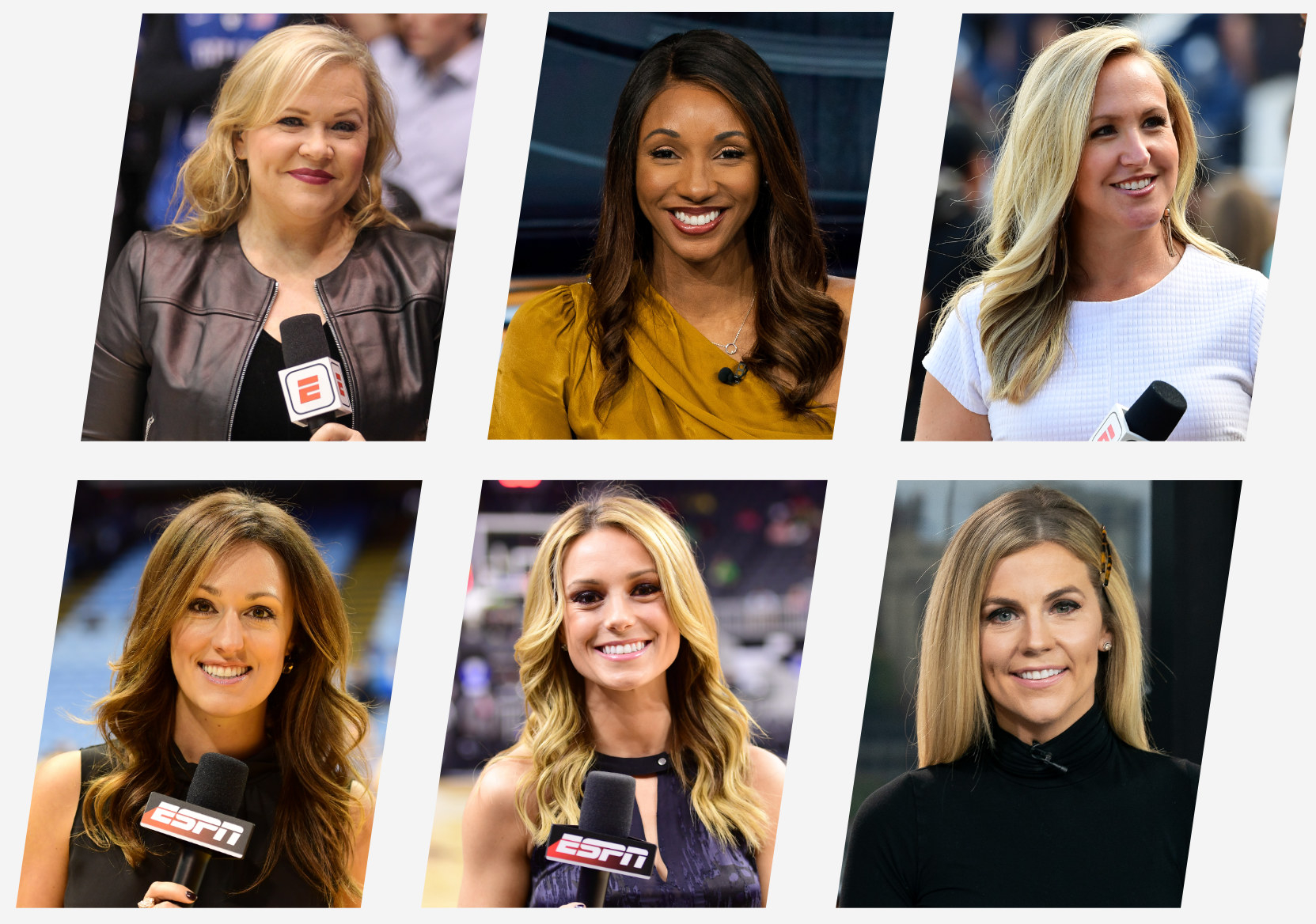 When Riggs was younger, she was always “super impressed” with other women in the business like “Holly Rowe, Erin Andrews, Sam Ponder, Maria Taylor, Allison Williams, Kris Budden, Molly McGrath. . . I could go on and on,” she said. “I can’t believe that I somehow have the opportunity to be a part of this group, because these are women who I have watched and admired for a long time. But what sticks out more is, I’ve gotten to know them for who they are.”

For Riggs, it’s a shame that “sometimes people think that the women supporting women thing is not real, and that it’s supposed to be all competitive within this group.” Actually, she has “felt very lucky that everybody really does seem to have your back and are excited for you to do well.”

In fact, she was thrilled to get a text from her ESPN teammate Taylor on her first day of NCAA Tournament coverage letting her know that she was doing a great job.

“Kelsey has proven herself to be a star in the making with every opportunity she’s earned. Thanks to a dedicated work ethic and willingness to take on assignments at any time, Kelsey has endeared herself to everyone who has had the pleasure of working with her. Her passion, dedication and versatility have allowed her to excel hosting shows across linear, digital and radio platforms. I can’t wait to watch her career continue to blossom.” Something she continues to work on is work-life balance. Riggs is extremely close to her parents, sisters and extended family, and currently lives with her two beloved cats in Connecticut, but does want a family of her own one day. She is heartened by seeing “so many other women figure out that balance. That you can still do this job, grow your family and work for a company that supports that.” 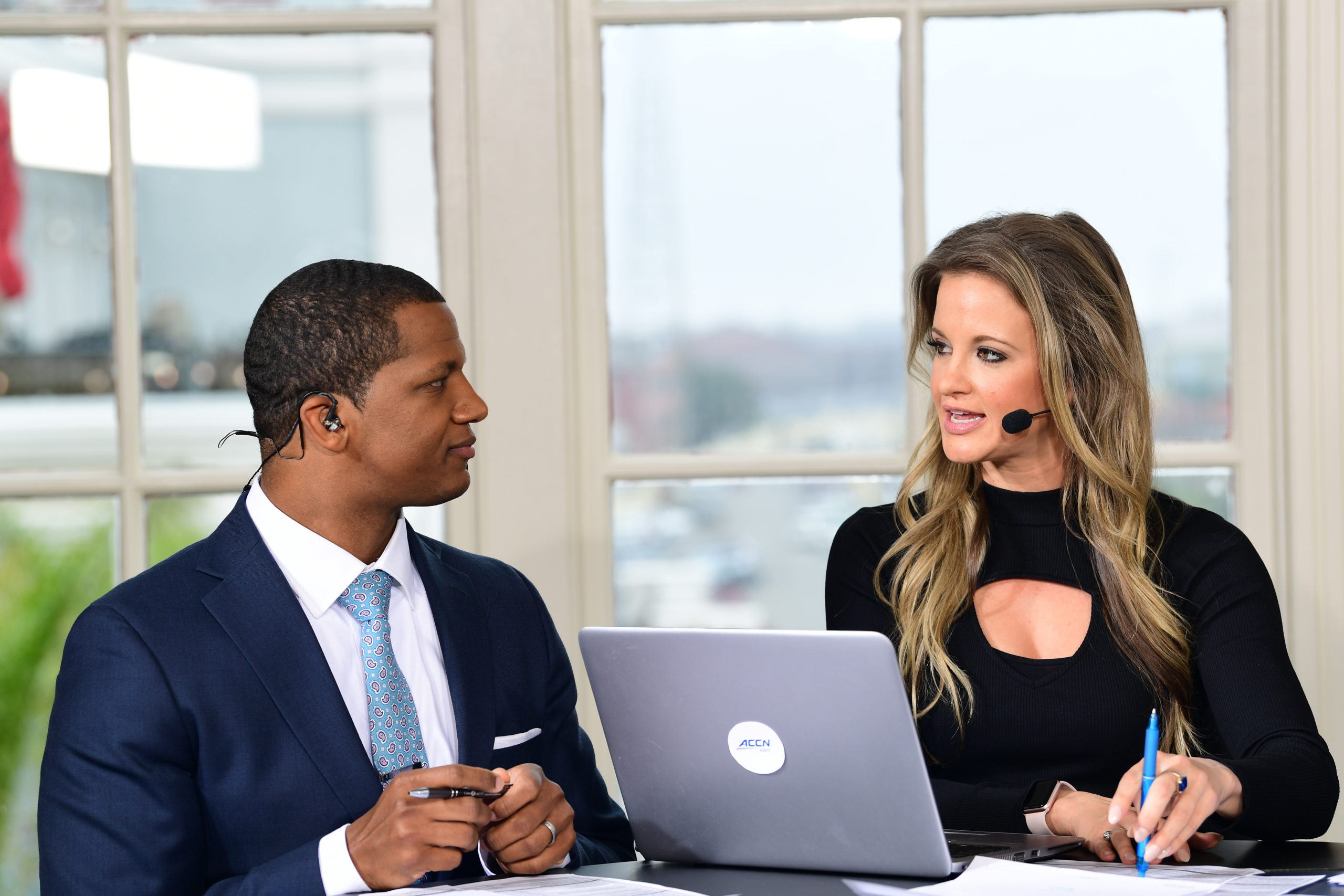 Riggs isn’t of the belief that women have something to prove when it comes to covering sports, because “if you have that background knowledge, then there’s no way that anybody can try to discredit you. You’ve done your homework, you have worked hard . . . and have proven that you deserve to be here.”

All the March Madness

As part of the NCAA Women’s Tournament coverage, Riggs played host to an all-female, in-studio crew, including analysts Andraya Carter and Monica McNutt and she’ll continue nightly on All ACC throughout the conclusion of the Women’s and Men’s Tournaments.

“It was a blast in studio with Monica and Andraya – they are incredible . . . and to be a part of the bigger picture of women’s basketball . . . and in the studio on Sundays with Coach Andy Landers, Rebecca Lobo and Sue Bird, it was phenomenal and I still feel like I’m on a high from that week,” She said 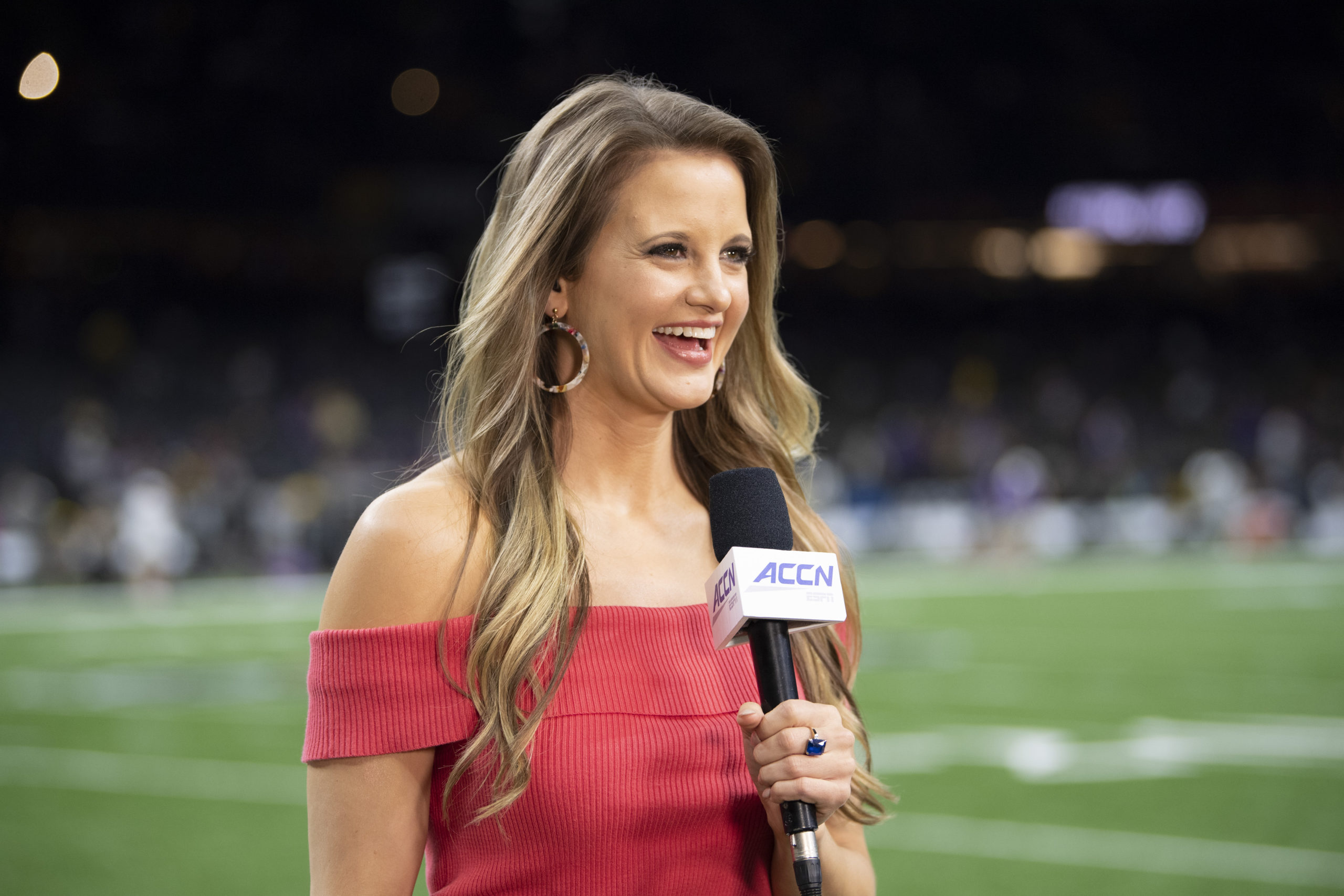 In addition to her many hosting duties, Riggs also enjoys taking on side gigs when given the opportunity.

Recently, that role was filling in for Chiney Ogwumike as a guest co-host with Mike Golic, Jr. on a recent edition of Chiney & Golic, Jr. on ESPN Radio. It was during that hosting stint that the segment “Game Notes” was born.

While cleaning out some boxes at her parent’s house last year, she found several handwritten notes that she had exchanged with friends and boyfriends during her middle and high school years. After sharing some of those “embarrassing and hilarious” notes off-air with friend and co-host Golic, Jr., the two joked it would make for good show content someday, and with Riggs’s subsequent appearance on Chiney & Golic, Jr., the segment was born.

“There was something special about writing a note, meeting up with your best friend or boyfriend in the hallway,” she said “The nostalgic part of it. I think a lot of people probably have similar boxes somewhere.” Look for more Game Notes down the road, Riggs says.

Riggs plans on continuing to grow her career within ACCN and ESPN, “I feel so incredibly grateful for all the opportunities I’ve had here,” she said, sharing a favorite quote: “Comparison is the thief of joy.”

“If you are looking around at what someone else has, or is doing, or is getting . . . then you forget just how blessed you are to be where you are right now,” she said. “And that is something that I think the pandemic made me realize. It is good to slow down and reflect on your life and who you are outside of work, which matters too. We tend to get so caught up in what’s the next opportunity, and ‘Am I doing enough’?”