On Sunday, the newest edition of ESPN’s E60 will examine the controversies surrounding Qatar hosting the 2022 World Cup, which begins Nov. 20. “Qatar’s World Cup” debuts at 8:30 p.m. ET on ESPN, available for streaming on ESPN+ afterward.

From the selection process, to the claims of human rights abuses, to the promises by Qatar’s government to improve conditions for migrant laborers, the program is a deep journalistic dive into the state of Qatar’s World Cup.

E60 first reported on migrant laborer issues in Qatar in 2014. Producer/director Max Brodsky drew on some material from that report but had a vision of what he wanted in the new program.

“Obviously, it had been eight years since we did the original piece, and more than looking at it as an update, I looked at it as a continuation,” he said. “Our mission was simple: to try to figure out what had happened since then.”

Brodsky found that the impact of the original E60 report was in play when he, reporter Jeremy Schaap, and crew planned to travel to Qatar earlier this year for more reporting.

“I reached out to the Supreme Committee of Legacy and Delivery, which is the government body within Qatar that is responsible for putting on the World Cup,” he said. “And one of the first guys I spoke to there said he had been hired to join the committee in a PR role right after our original story ran. So it was something that was clearly on the radar of people in Qatar.

“They invited us to come, and they wanted to show all of the changes they felt they had been making,” he said. “See the stadiums, explore the city, speak to workers, see where they lived, speak to government officials.

No doubt that original story had a huge impact . . . I think it opened a lot of eyes to what was going on in Qatar . . .” – E60 producer/director Max Brodsky, reflecting on the program’s original 2014 reporting on Qatar’s World Cup controversies

“It certainly wasn’t a totally smooth process throughout the whole thing; there were some permit issues along the way where they delayed our permits after saying everything would be alright. But as far as I could tell, we didn’t get any outward pushback from the Qatari government.”

During their time shooting in Qatar, Brodsky said they were accompanied by government officials at some times but not for all.

“No doubt that original story had a huge impact,” he said. “I think it opened a lot of eyes to what was going on in Qatar and led to a lot of additional coverage. I think the collective media pressure definitely played a huge role in Qatar eventually agreeing to try to reform their labor system.” 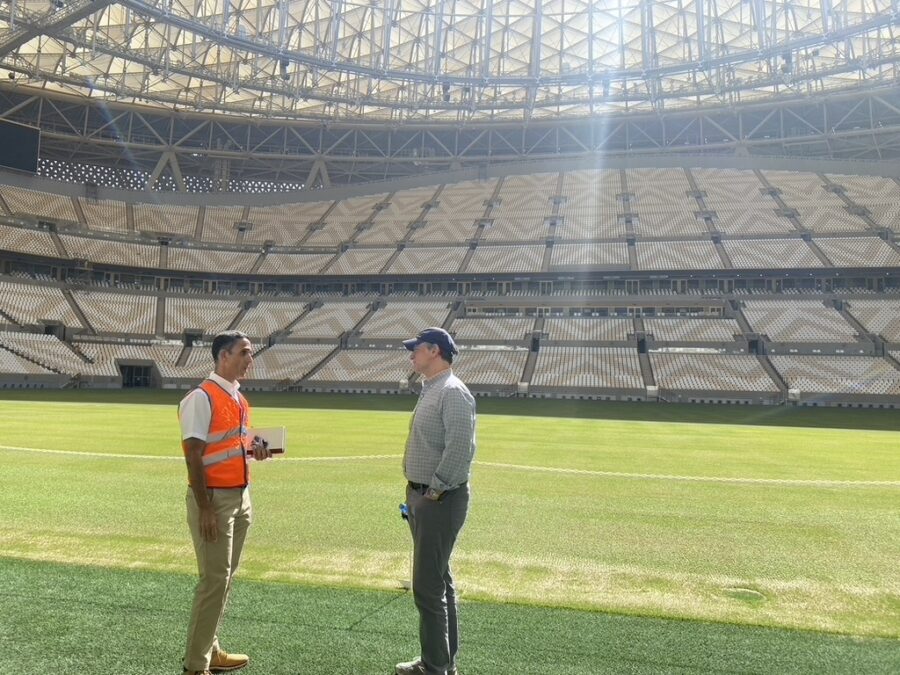