Alicia Keys, the 15-time Grammy Award-winning singer and songwriter, will star in ESPN and ABC’s robust NBA Christmas coverage, including its production opens, on Sunday, Dec. 25. The superstar musician’s track “December Back 2 June” serves as the soundtrack for the coverage, and it couldn’t be more fitting, given the NBA Finals air exclusively on ABC in June.

In a true collaborative effort, representatives from various ESPN departments, including Event Production, Creative Content, and ESPN Music, were present at the festive production shoot, which recently took place in New York, N.Y.

“I was impressed by Alicia’s willingness to customize the track into a unique presentation that suits the NBA on Christmas while also remaining true to her initial creative approach to the song,” said Steve Lawrence, remote producer, ESPN Creative Content.

Below, you will find a gallery of official photographs taken by the ESPN Images. Above, watch the 30-second teaser video of the Christmas production open. Elements from that shoot will be interwoven through ESPN’s telecasts all day long.

“Alicia is one of the most talented musicians in the world, and her contributions to our NBA Christmas coverage are making a special day feel even bigger,” said Tim Corrigan, ESPN Vice President, Production. 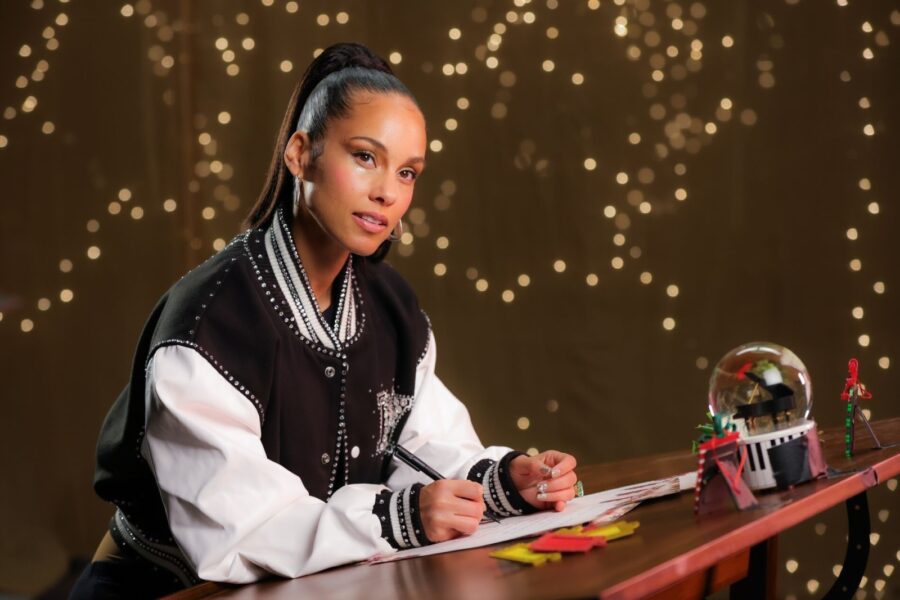 Since the release of her 2001 debut album, "Songs In A Minor," Keys has sold more than 65 million records. (Gabby Ricciardi/ESPN Images) Keys' song “December Back 2 June” serves as the soundtrack for the coverage. (Gabby Ricciardi/ESPN Images)