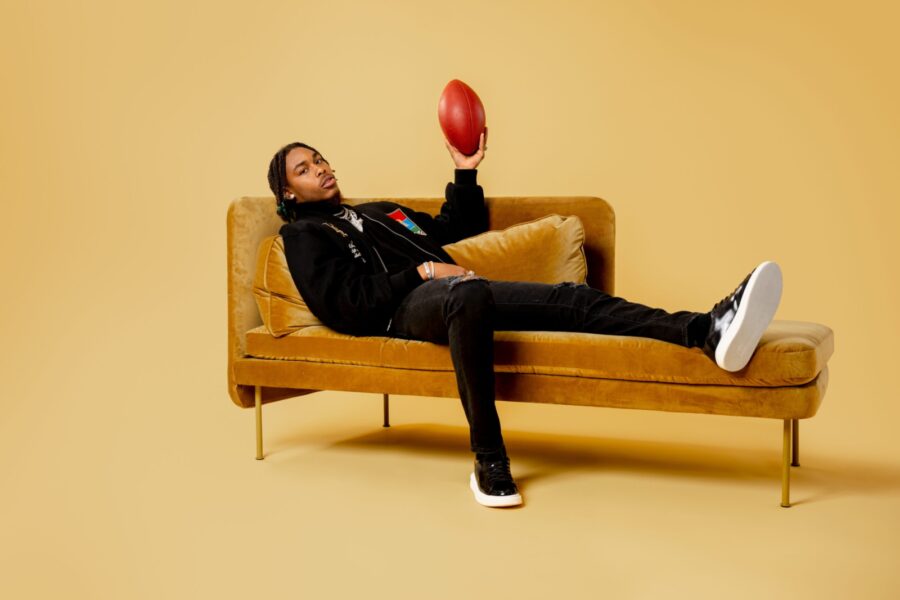 We’ve all seen the catch.

On Nov. 13 in Orchard Park, N.Y., against the host Buffalo Bills, the Minnesota Vikings and wide receiver Justin Jefferson are down by four points with two minutes left. On fourth-and-18, quarterback Kirk Cousins throws the ball toward the star receiver. Jefferson leaps backward and makes a one-handed grab, pulling the ball away from a Bills defender.

He made a feat that seemed impossible seconds earlier possible.

Jefferson is already the NFL’s all-time leader in receiving yards for the first three seasons and has a chance to break several other significant league milestones soon. Off the field, the entire Jefferson family understands the preciousness of his gift and the need to foster it.

In this month’s ESPN Cover Story, published this week on ESPN.com, senior writer Tim Keown talks with Jefferson about his career journey, his family’s continued impact, and the Week 10 catch.

On how the story came together:
Here’s a confession: I didn’t know much about Justin Jefferson off the field when we began discussing him as a Cover Story candidate. I knew he was a phenomenal young wide receiver, but he felt severely underpublicized.

The goal of the story became: Let’s introduce the world to Justin Jefferson, the person. The reporting unearthed a rich and layered story of Justin and his remarkable family.

On favorite moment that didn’t make the piece:
Justin has what you might call a Yoda in his life: long-time NFL receivers coach Jerry Sullivan, who saw Justin’s talent his first day of practice at LSU, where Sullivan was a consultant/analyst for then head coach Ed Orgeron.

Sullivan is 78 years old, and every season Jefferson brings Sullivan to Minneapolis for a week before training camp to work out with him and fine-tune his route-running skills. The affection the two have for each other is obvious and heartwarming, and I think there’s an entirely separate story to be told about their relationship.

On takeaways for Cover Story’s audience:
I’ve always been fascinated by how great athletes separate themselves from the pack. It’s never purely physical; there’s always something in a player’s past that either propels them forward or hinders progress. With Justin, it’s clearly a family story.

On the surface, it’s the story of a young man who fought to keep up with two older brothers – brothers who excelled at LSU – and eventually surpassed them. But it’s more than that. It’s a story of how those brothers and their parents saw Justin’s gift and did whatever they could to nurture it and advance it and – when needed – challenge it. And they’re still doing all of those same things today.