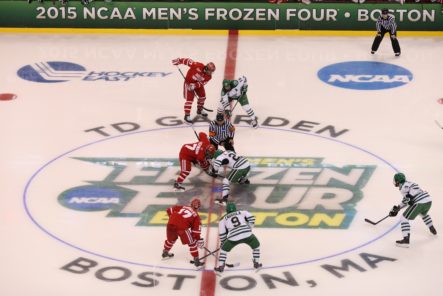 ESPN has had a long-standing commitment to the NCAA Men’s Division I Ice Hockey Championship.

This year, the Frozen Four will be held in Tampa, Fla. ESPN2 will televise the semifinals live tonight at 5 p.m. ET (Boston College versus Quinnipiac) and 8:30 p.m. (Denver versus North Dakota) and the final on Saturday, April 9, at 8 p.m.